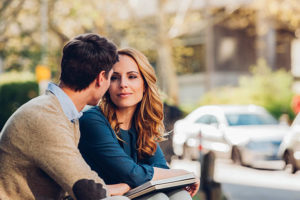 Have you ever seen a 20-something man on the streets holding hands with a 50-something woman? For sure, you are left wondering and thinking about this scenario. After all, why will a woman consider going out with a man younger than her? Why not?

For the longest time, men have been robbing the cradle. Women are just starting to test the waters of this topic which used to be considered a taboo since time immemorial. There are a lot of rumors as to how dating a younger man is overly glamorized and overrated, and that men who are younger are just childish and all. But, these are only rumors and nothing can be much further from the truth.

So, what makes sugar mummy toyboy relationships popular not just in the UK but also in other parts of the world? Well, older women believe that you can go lower without lowering your standards but only the age range.

Just like how men discovered it long ago, there are lots of good reasons why they are very eager and excited to date and even marry younger women. These are also the same reasons why all women should at least try to go out with a younger man, even just once.

The first and probably the most important reason behind this kind of relationship is because dating younger serves as the secret to youthfulness. Younger partners can make you look much younger. The youthfulness of toyboys seems to rub off their sugar mommas. There are ladies who are already in their 40s but they look as young as their boyfriends in their 20s. A man who belongs to the same age group as yours will only make you look older or just your right age, which can be a bit boring. On the other hand, marrying an older man will just make you look so much older than your actual age.

Younger men are also naïve and innocent in a good way. They usually have wonderful illusions about love which are very refreshing. They also don’t have lots of baggage from previous relationships. An older man tends to have more drama in his belt.

The drama associated with dating an older guy usually plays just like Mexican soap operas that are never-ending. Today, when a man is already 33 years old, it is either he has been married in the past or has had several serious live-in relationships, with one or two kids stashed somewhere. You can just imagine how scenic they can be in love.

Younger men tend to have more physical energy as well. This means that if you are a woman in your 30s who is still fitter than others, you might find that men who belong in your age group or those who are a bit older can no longer keep up with you. You might end up breaking such man’s back if you are not too careful.

Younger men are also fitter, more open-minded and independence doesn’t intimidate them. They love it when the lady calls the shots.

These and so much more and just some of the reasons why sugar mummy toyboy relationships are such a treat!

31,000 NEW MEMBERS PER MONTH! What are you waiting for? Sign Up Today!